Why Coal Country Must be Part of the Clean Economy 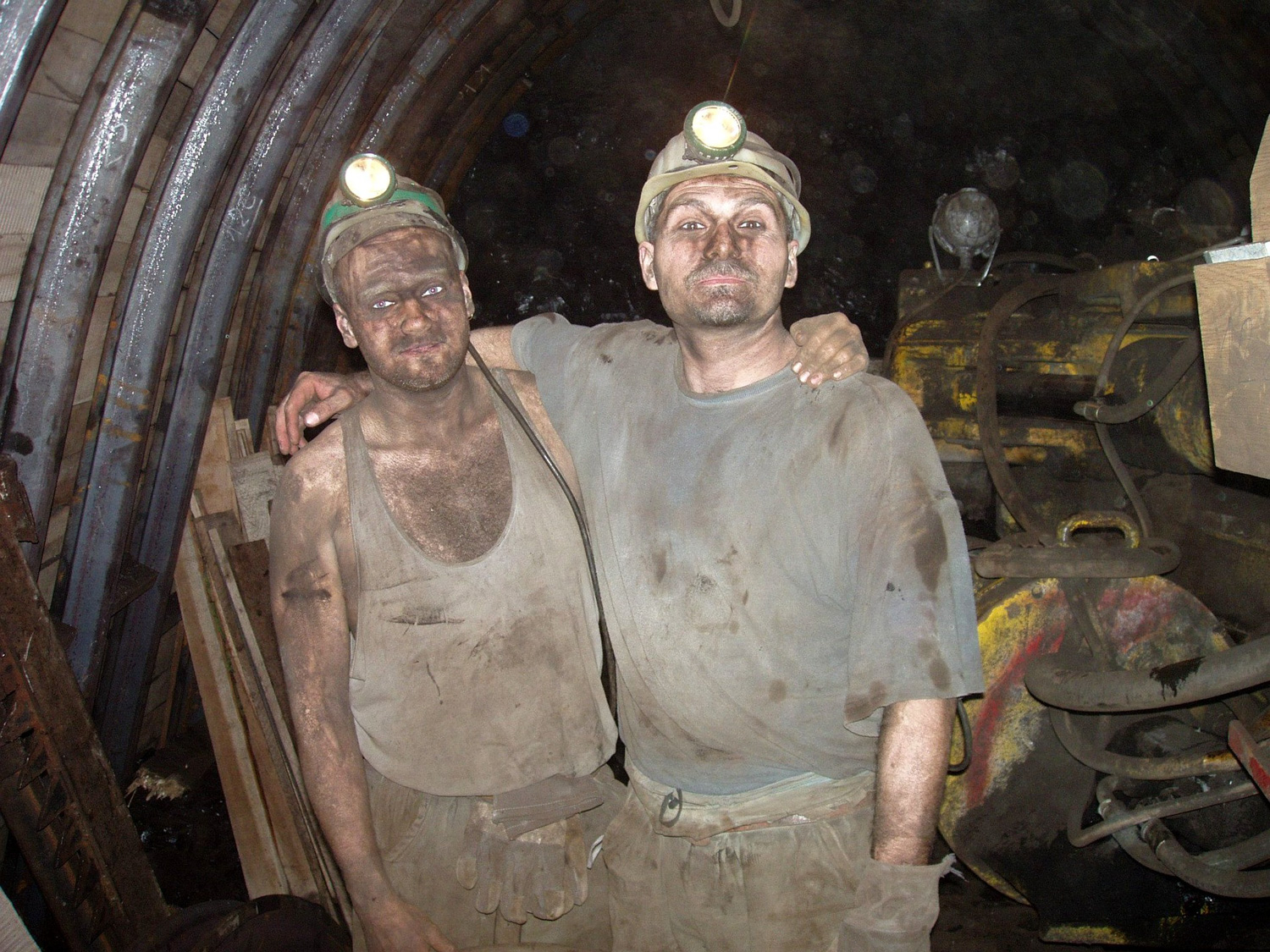 One of the most remarkable developments in recent years has been the relatively drama-free embrace in many corners of the private sector of the concept of environmental externalities. Arguments over the indirect costs of fossil fuel combustion — climate change, mercury contamination, ground level ozone and the like — have been a form of hand-to-hand combat in utility rate cases and other regulatory actions for years.

Yet today, among the growing legion of companies investing heavily in renewables, announcements on things such as solar and wind power purchase agreements (PPAs) frequently reference a desire to address the environmental costs of fossil fuels. Environmental externalities are getting embedded into business operations as well. Microsoft's revolutionary internal carbon pricing scheme is probably the most notable example of doing this, but it's certainly not the only one.

Partly, it's because the business case for renewables keeps getting better. Companies are gobbling up clean electrons at a pace nobody would have imagined even a few short years ago. Wasting time arguing about environmental externalities is pretty pointless when your CFO is grinning ear-to-ear as she signs a solar PPA.

In 2016, the size of the overall renewables and energy efficiency market in the U.S. topped $200 billion, according to Advanced Energy Economy, the association of businesses working to grow clean energy markets. Of that, $37 billion came from wind and solar. Some experts peg the corporate procurement share of that market at up to 20 percent of the total.

The precipitous decline in the number of coal mining jobs is due to many factors, the low price of natural gas being the most significant. Global demand for coal has been weakening. Regardless, given the rapid growth in renewables (the solar market tripled in revenue from 2011 to 2016) over time, even natural gas prices are likely to be less of a factor as wind and solar continue to grab market share because they're becoming so cheap.

These numbers represent a significant shift that should give even the most pessimistic person some reason for optimism about the long-term trends in how we source our energy and what it means for the climate.

However, the employment figures should give everyone who works in sustainability a reason to reflect a little. Yes, solar and wind jobs are booming. But coal miners are increasingly finding themselves out of work. So maybe not everybody is winning.

The speed of adoption of renewables is creating social externalities that aren't factored into the corporate renewables equation. Communities that have depended on the fossil fuel economy for decades, particularly in coal country, are suffering.

Listening to both political parties talk about the problem, it's clear that each has a different point of view on what to do. One favors transition assistance (sporadically effective), the other clings to a hope that coal someday will return to its former glory (it won't). Deregulation, like the recent decision to again allow the dumping of mine waste in rivers, won't help stem the flow of jobs. And it will compound the problem by creating more long-term environmental damage in rural communities. Like all bills, that one also eventually will come due.

Unlike previous massive shifts in consumption, such as moving from the horse and buggy to the Model T, this one is arguably different. The advent of the automobile didn't result in whole communities being ripped apart and left to fend for themselves. There was no "horse and buggy country" where towns and regions and tens of thousands of people depended on the industry to survive.

But that is the case today in coal country, a region that feels pride in having helped build our modern economy through cheap energy. That we all didn't fully appreciate that coal was slowly killing the planet isn't their fault.

Beyond the immediate pain of job losses, there are other costs to consider. Lost jobs result in lost tax revenue, placing a greater burden on individuals and businesses. And as we've been seeing all too clearly, the severe economic dislocations in coal country provide a persistent emotional foundation for the ongoing denial of climate change. This serves to deter further progress on climate policy, which prolongs damage to the environment and fosters continued political instability.

If you're a CEO, CFO, or CSO and aren't thinking about these costs, you should be. All of it is bad for business and it's bad for our democracy.

So what do we about it? If you're a CSO, the first step is to take a step back and consider whether you're adequately addressing the unintended social costs of your renewables program. Maybe you conclude that it's really not your problem and that government should do more.

I suggest it's not an either/or, but a both/and situation. The government needs to do more, but so do you. Companies have created great wealth and prosperity in part due to decades of cheap coal. They're also reaping the benefits of more recent policies and subsidies that have allowed renewables to flourish to a point where they are cheap and reliable sources of energy.

If you think the staggering growth in solar and wind jobs will solve the problem, it won't. That thinking reflects a misunderstanding of the nature of the problem and a lack of imagination. People rooted in their communities either don't want to move or can't if that's the only way to get a job in the renewables sector.

Regardless, even if there are local solar and wind jobs, there is no reason that coal miners have to stay in the energy business. These are technically skilled people who could become coders, engineers, business owners and on and on. It's not an act of charity to help them make the transition. It's about creating the most value for everyone.

There's no shortage of opportunities to deal with the problem. Companies can tailor mentorship and volunteer programs to help displaced coal workers learn new skills. In return, company employees can get out of their bubbles, meet people they otherwise wouldn't and perhaps uncover business opportunities they're missing. Local economic development and retraining programs also could benefit from corporate partnerships, whether it's through dedicated funding or other forms of assistance.

Done right, corporate engagement to address these impacts might even start to change the political dynamic around climate change in coal country.

It seems obvious, but if renewables are an important part of your CSR program, don't forget about the S.

Leo Raudys is President of Raudys Strategies, LLC. He has worked in sustainability for over 25 years as a government regulator, corporate environmental leader for a Fortune 100 multinational retailer, and as a business development executive for a non-governmental organization. This article first appeared on February 23, 2018 in GreenBiz and is reprinted with permission.

Presentation
June 11, 2020: Washington State Energy Strategy Advisory Committee
A review of the economic impact modeling that Scott Nystrom of FTI Consulting will perform as part of the technical advisory process for the Washington State 2021 Energy Strategy...
Blog
Clean Energy Driving Job Growth
These are dynamic times for the clean energy job sector, despite the Trump Administration’s best efforts to stymie clean energy in the United States by propping up the coal industry, derailing clean cars, and halting clean power.

Eileen V. Quigley
Blog
Counting Clean Energy Jobs
Clean energy is one of the fastest growing sectors in the global economy, with millions of jobs being created at the same time that traditional energy sectors, such as coal mining, face sharp declines. Tracking the progress in clean energy job ...

Eileen V. Quigley
Presentation
Clean Energy Workforce
Presentation that looks at clean energy job growth, utility worker retirement, transitioning fossil fuel workers, and economic opportunity for low- and middle-income workers, delivered for Western Washington University Institute for Energy Studies course.
Blog
The Great Coal Cleanup is Everybody's Business (with Opportunity for All)
Roughly one year ago, I wrote an article for GreenBiz in which I argued for greater corporate sector engagement on the pressing economic challenges in coal mining communities. In particular, I argued for a more inclusive form of ...
Leo Raudys