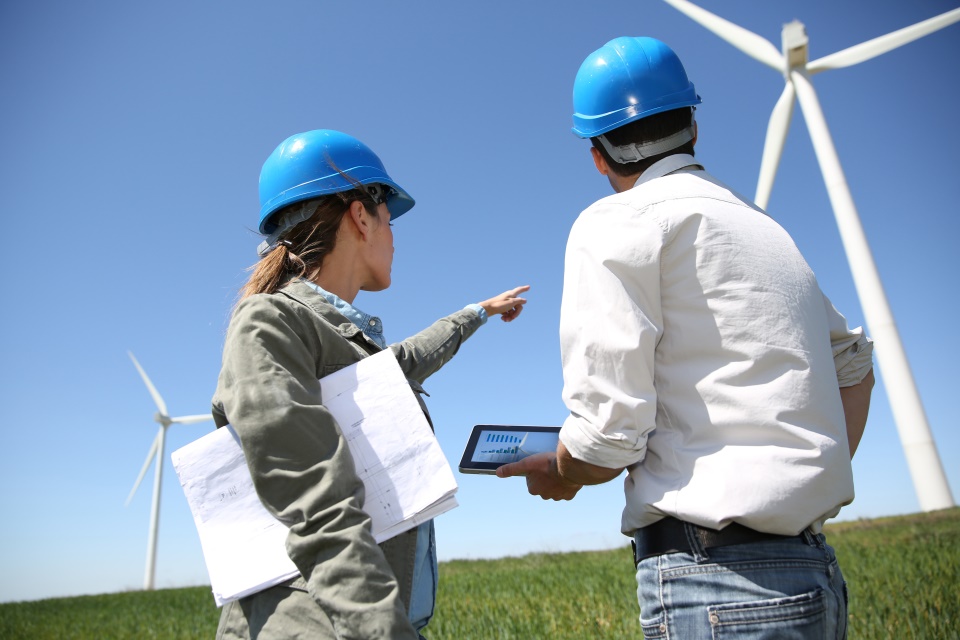 Clean energy is one of the fastest growing sectors in the global economy, with millions of jobs being created at the same time that traditional energy sectors, such as coal mining, face sharp declines. Tracking the progress in clean energy job creation is critical for policy makers, advocates, and others concerned about ensuring a just transition for workers and communities.

Counting these jobs has proved surprisingly tricky, however, as numerous studies and organizations use widely different methodologies and definitions of what counts and what doesn't as a clean energy job. This post summarizes some of the key clean energy job sector data available in early 2018 and the biggest drivers for clean energy job creation.

Since 2016, the U.S. Energy and Employment Report (USEER), developed by BW Research Partnership, in conjunction with the Department of Energy (DOE) and Bureau of Labor Statistics, has been a reliable source of data on energy-related jobs. The first USEER was released in 2016—with data current as of 2015 Q2—and produced by combining existing energy employment data and a survey of 20,0000 energy sector employers to offer an independent and broad view of the energy employment landscape throughout the United States.

The 2017 USEER offered data current as of 2016 Q2. The report did not include indirect jobs that support the clean energy industry, such as polysilicon production (the raw material used in solar panels), aluminum production, or extrusion activities for frame manufacturing, or other aspects of the solar value stream. Induced jobs (those created throughout the economy as a result of the spending of wages by the employees whose income derives, in whole or part, from the clean energy industry) are also not included.

The 2017 USEER counts all energy-related jobs for electric power generation, so you can compare coal, oil, and gas jobs to low-carbon or renewable jobs in the Electric Power Generation sector. The graphic below from the 2017 USEER report shows that the renewable industry employed more people than the coal, oil, and gas combined in 2016 (1.1 million jobs for fossil fuel jobs compared to 1.276 million jobs for low-carbon, solar, and wind combined).

In 2016, the USEER found that solar jobs increased 25% to 374,000, while wind jobs increased 32% to 102,000. Proportionally, solar employment accounted for the largest share of workers in the Electric Power Generation sector (43%), largely due to construction driven by the significant build out of new solar generation capacity. Fossil fuel generation employment followed solar with 187,117 workers across coal, oil, and natural gas generation technologies and accounting for 22% of total Electric Power Generation employment.

However, the oil industry still employs the largest share of energy workers when jobs related to fuels are included. Of the over one million workers in the fossil fuels sector, almost half (46%) worked with petroleum fuels, followed by 29% in natural gas—approximately 502,700 and 310,000 workers, respectively, as the graphic below shows:

According to the 2017 USEER, there were 2.4 million employees in the motor vehicle and component parts industry in 2016, with 259,000 working on hybrid, plug-in, electric, hydrogen/fuel cell, or natural gas cars, 76% (198,000) of whom focused just on hybrids, plug-ins, and electric vehicles. There were 710,000 jobs focused on increasing fuel economy or fuel-switching.

A majority of U.S. photovoltaic generation capacity was utility-scale and was owned or operated by utilities – roughly 28,081,000 MWh compared to 16,974,000 MWh of distributed solar generation from January through October 2016.  However, in 2016, over half of the nation’s solar workers were spending the majority of their time working on residential solar projects. This imbalance reflects the fact that utility-scale generation typically produces more MWh’s per labor unit installed compared to distributed generation.

Wind generation provided the third largest share of Electric Power Generation employment. Firms that supported the nation’s wind technology sector employed a total of 101,738 workers—a 32% increase since 2015. Similar to the solar sector, the largest share of employment was in construction; this industry accounts for 37% of all wind sector workers, followed by manufacturing at 29% and wholesale trade at 14%, according to the 2017 USEER.

Nearly three-quarters (73%) of the sectors surveyed for the 2017 USEER reported difficulty hiring qualified workers in Q2 2015-Q2 2016, with 26% reporting it was very difficult.

A report, Now Hiring: The Growth of America’s Clean Energy and Sustainability Jobs, conducted by the Environmental Defense Fund Climate Corps and Meister and released in early 2017 counted 4 million clean energy and sustainability sector jobs in 2016, up from 3.4 million in 2011. The report also found solar and wind jobs growing at a rate 12 times as fast as the rest of the U.S. economy; that wind turbine technician was the fastest-growing profession in the United States; and that the average number of U.S. coal mine employees dropped by 12% in 2015.

The EDF report noted that 70% of the 2.2 million Americans working in energy efficiency jobs were employed by companies with 10 employees or fewer (mainly small businesses) and that these jobs were difficult to outsource because they involve installation, maintenance, and construction.

According to The Solar Foundation, solar energy made up just under 2% of overall U.S. energy generation, yet the sector employed twice as many workers as the coal industry, almost five times as many as nuclear power and nearly as many as the natural gas industry based on 2016 data.

While federal subsidies and tax credits helped foster the growth of solar and wind power in the U.S., falling prices for both technologies drove much of the growth in adoption and therefore in employment as well. The EDF report found the cost of production for solar PV panels dropped 72% from 2010 to 2015, making solar power much more competitive in the energy market. Solar deployment, consequently, has expanded tenfold since 2010, from to 10,727 megawatts installed annually from 876.

Environmental Entrepreneurs (E2) is a national nonpartisan business group that has a broader focus than AEE in that it advocates for policies that are “good for the economy and good for the environment.” E2 also drew upon the DOE data to produce its report called Clean Jobs America-A comprehensive analysis of clean energy jobs in America in March 2016.

While there is a delta of 500,000 jobs between E2 and AEE’s estimates, the organizations (and the USEER) all agree that the energy efficiency sector is the largest clean energy job creator as the graphic below from the E2 report clearly depicts:

One important finding of the E2 report is the importance of the Corporate Average Fuel Economy standards in creating 170,000 advanced vehicle sector jobs, which the Trump Administration has made clear it intends to roll back: