Out of Thin Air: BC Start-Up Aims to Produce Jet and Other Fuels from Atmospheric Carbon, Water, and Renewable Energy.

Recently, I toured Carbon Engineering’s pilot plant in the lovely mountain town of Squamish, British Columbia. That same week, the Canadian Minister for Natural Resources picked the company’s “Air-to-Fuels” TM technology as a finalist for its “Sky’s the Limit” competition, which seeks to accelerate development of sustainable fuels to reduce the need for fossil fuels in the aviation sector.

Carbon Engineering’s technologies, as well as those from competitors such as the Swiss company, ClimeWorks, have the potential to directly address the challenge of producing low-carbon, drop-in fuels for the toughest sectors. While the technology needs sustained policy support and continued cost reductions to reach commercial scale, it is increasingly clear that direct air capture and low-carbon fuels will play a targeted but critical role in decarbonizing our economy.

To understand this technology’s role, it is worth reviewing the Clean Energy Transition Institute’s recently released report, Meeting the Challenge of Our Time: Pathways to a Clean Energy Future for the Northwest, which establishes a roadmap for deep decarbonization in the region, focusing on scaling existing technologies already competitive with fossil fuels.

The study’s Central Case finds the following core strategies are required for deep decarbonization: accelerating energy-efficiency in buildings, transportation, and industry; achieving a virtually 100% clean electricity grid with renewables and energy storage; and electrifying everything (possible), in particular the transportation sector and buildings and industry, where electricity would replace gas for heating and cooling.

The report also identifies solutions that require bringing emerging technologies to scale. This includes prioritizing the development of “drop-in,” low-carbon fuels for the hardest to electrify transportation sectors, specifically aviation, marine, and long-distance trucking. The report also prioritizes development of “Power-to-X” and direct air capture technologies that can convert intermittent clean energy into hydrogen (through electrolysis) and synthetic fuels or synthetic pipeline gas.

Direct air capture is potentially an important tool, but not a magic bullet. It does not eliminate or reduce the need to replace fossil fuels as completely and quickly as possible. Many advocates and detractors of direct air capture miss this point, treating it as an alternative to, rather than as a supplement for, core decarbonization strategies, such as renewable energy, efficiency, and electrification.

As Carbon Engineering’s founder and Acting Chief Scientist, Professor David Keith, put it: “[A]ir capture has been stuck in a catfight between one group of people saying it’s a silver bullet and one group saying it’s bullshit. The truth is it’s neither.”

While there are several important applications for direct air capture, this post focuses on its use for producing aviation fuels, an area I have worked on extensively over the past decade that is one of the toughest challenges in the decarbonization landscape.

At its core, the Air-to-Fuels TM (A2F) technology relies on several key elements: scrubbing CO2 from the atmosphere and producing synthetic fuels using thermal catalysis to combine the carbon  with hydrogen. The ultimate goal: drop-in fuels that mimic the properties of existing petroleum-based fuels for aviation, such as jet, diesel, and gasoline. The process is illustrated in Figure 1 below.

Although the A2F process incorporates proprietary technologies, it builds on well-established processes in different areas. The CO2 scrubbing technology, for example, uses well understood processes that were developed for submarines and space travel and have been used for years in the pulp and paper industry. Similarly, the approach to fuel synthesis uses the Fischer-Tropsch process developed in the early years of the 20th century and refined during World War II and the South African oil embargo.

How much cleaner will A2F be than conventional fuels? The short answer is, it depends. As clean energy reporter David Roberts summarizes, “The carbon intensity of the resulting fuels depends on the source of all three components: the electricity, the CO2, and the hydrogen.” Carbon Engineering’s Squamish, WA, pilot plant benefits from BC Hydro’s relatively low-carbon electricity. It also produces hydrogen from water electrolysis, again using relatively clean electrons.

However, the pilot plant also employs off-the-shelf technology that uses natural gas to provide process power and heat for the air capture process and fuel synthesis. Even with these fossil inputs, Carbon Engineering estimates that fuel from its first plant will have a carbon intensity of approximately 29 gC02/MJ, compared to typical fossil fuel numbers of around 90. (See Figure 2 for an illustration of the lifecycle carbon intensity of different approaches to producing A2F.) This results in the current production of A2F having a carbon intensity that is competitive with many biofuels without the sustainability, feedstock supply, and land-use challenges that often limit biofuel supply chains.

Ultimately, Carbon Engineering also intends to use renewable energy for its process energy and heating demands, as well as producing hydrogen from electrolysis from water using green electrons. Carbon Engineering is completing peer review of these carbon intensity numbers, but its preliminary analysis suggests that maximizing these renewable inputs to its A2F process could produce fuels with carbon intensity factors between 7 and 10 (gC02/MJ), nearly a 90% reduction from fossil-based fuels.

In addition to using clean energy, Carbon Engineering is designing the process to make fuels using the kind of intermittent power that will become more plentiful as renewables become more common.  A2F “can use carbon-free renewable power, such as wind and solar at the best sites, and can accommodate the intermittent nature of this power source to continuously produce high value transportation fuels,” according to Carbon Engineering.

Since transitioning the electricity grid to renewables will result in periodic episodes of excess power, these types of “Power-to-X” strategies could offer critical opportunities to ensure the cost-effectiveness of the overall system. As David Roberts’ notes: “From this perspective, synthetic fuels are just a stable (more stable than any chemical battery) way of storing solar and wind energy—helpfully, one that can make use of existing pipeline and distribution infrastructure.”

In addition to creating valuable uses for “excess” renewables, synthetic fuels may support construction of new wind or solar in locations that lack adequate grid connections to demand centers, or where grid pricing for “clean electrons” does not support their development. Imagine, for example, an A2F facility producing fuels from wind energy in a remote location such as the Aleutian Islands.

In locations such as these, there is a vast potential for renewable power but no demand for the electricity. While electricity is hard to transmit without grid connections, low-carbon fuels produced from renewable energy may be shipped to where they could be used. While it is too early to know whether and how these types of technologies will unlock opportunities for renewable energy generation in remote locations, the potential opportunity is huge.

Ultimately, reducing carbon will require technologies that achieve commercial scale, with a combination of competitive pricing and durable policy that supports market penetration. Carbon Engineering estimates it can produce fuels from a commercial scale facility for less than $1/liter; competitive with the range of costs for most sustainable aviation fuel technologies. A2F does not face competitive pressures affecting the cost of the biomass, a major issue for biofuel producers. The projected costs for A2F are higher than current fossil-fuel costs of $.6/liter, which underscores the need for policy support.

A Low Carbon Fuel Standard (LCFS), also known as a “Clean Fuel Standard, can provide this policy support. An LCFA measures the carbon intensity of all transportation fuels and requires fuel providers to either supply lower-carbon fuels or purchase credits from those providing cleaner alternatives. This policy is in place in California, Oregon, and British Columbia and was the subject of hot debate in the recent Washington State legislative session.

With LCFS credits currently trading at $144–189 per ton of carbon, this policy provides a powerful incentive for investments in facilities that can produce significant quantities of ultra-low-carbon fuels. Unsurprisingly, LCFS credits are central to Carbon Engineering’s business case for producing A2F at commercial quantities, underscoring the critical importance of that policy. If we are serious about decarbonizing the transportation sector, we are going to need serious policy supports, and the LCFS is our best current tool for that job.

There are plenty of reasons to be excited about a Northwest company pioneering innovative approaches to solving some of our toughest decarbonization challenges, aviation, marine shipping, and long-distance trucking. Ultimately, Carbon Engineering intends also to sequester carbon underground, when policies and markets make this commercially feasible, and when the efficacy of geologic storage has been proven.

Avoiding the most catastrophic impacts of the climate crisis requires both a rapid transition from fossil fuels and drawdown strategies that suck carbon from the atmosphere. Meeting the Challenge of Our Time found that direct air capture will play a relatively small but significant role in regional deep decarbonization. So why shouldn’t Carbon Engineering focus solely on sequestering the carbon that it can pull out of the air?

There are several answers to this question. First, we need to prioritize cutting emissions. As Professor Keith says, “[W]e should stick to trying to cut emissions first ….[M]y view is that it’s cheaper not to emit a ton of [carbon dioxide] than it is to emit it and recapture it.”

Second, the markets for carbon sequestration and durable policies to support them don’t yet exist for implementation at scale. Carbon Engineering is focusing on markets where customers are interested in financing and using the technology: namely Air to Fuels and Enhanced Oil Recovery.

By proving commercial viability for direct air capture in areas where there is a market for the carbon, Carbon Engineering and other companies in this field can refine their technologies and build experience with industrial-scale facilities for the time when governments recognize the need for policies that support significant investments in drawdown technologies.

Pulling fuels from thin air may sound like hocus-pocus, but it is neither magical thinking nor a magic bullet that will, by itself, solve the climate crisis. Instead, direct air capture is a potentially critical piece in the deep decarbonization puzzle, both for our region and for the world.

It is too early to know what role Carbon Engineering or other companies will play in confronting this challenge, but it is exciting to see potentially world-changing innovation coming from a small mountain town in one of the most beautiful corners of our region. 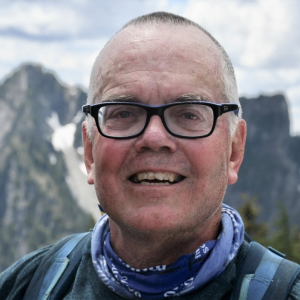