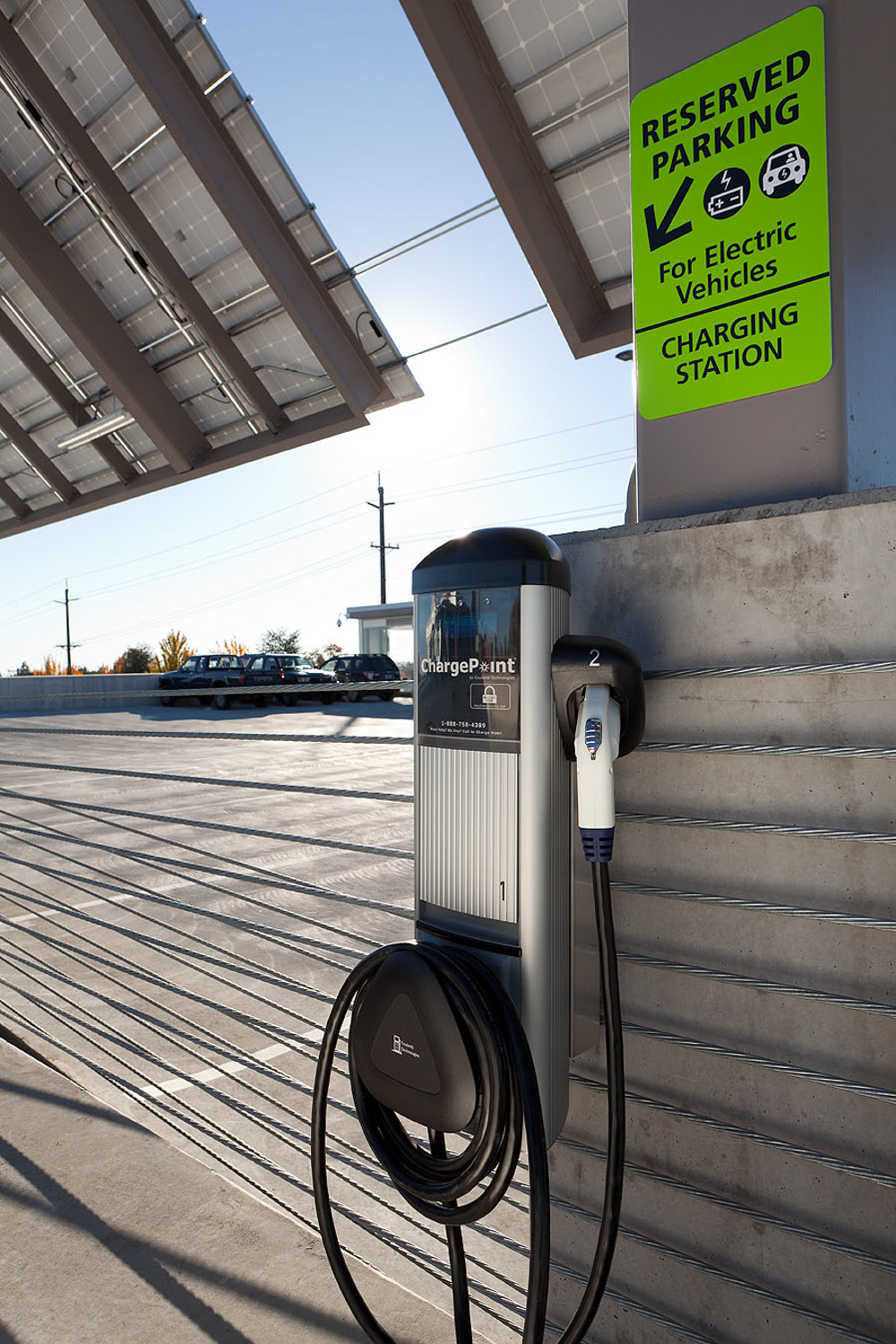 In practice, most EV drivers end up charging at home for regular daily use because it is convenient, allows EV drivers to refuel without having to make a separate trip to the gas station, and can be cheaper than refueling at a gas station or a public charging station. [1]

While range anxiety is a factor for many drivers when considering an EV purchase for long road trips, researchers Ona Egbue at the University of South Carolina and Suzanna Long at the Missouri University found on average 78 78 percent of American drivers drive fewer than 40 miles per day, well within the range of most fully electric and plug-in hybrid cars. Although daily driving is often under 40 miles per day, drivers want an average range of 215 miles per charge, according to Egbue and Long.

There are three levels of chargers available, each of which charges at a different speed:

Level One charging involves plugging the car into a standard 120V household outlet. This type of charging adds to the electricity bill of the homeowners but does not require outlets to be reconfigured. The downside of Level One charging, however, is that, according to Tom Saxton of Plug-In America, charging a car to 80 percent capacity using this method can can take 22 to 30 hours, depending on the size of the battery. This works out to be between four and six miles of range added per hour of charging time according to Margaret Smith and Jonathan Castellano of New West Technologies LLC.

Level Two charging uses a 240V outlet, which can be installed in a home garage, and can charge a vehicle at much charge a vehicle at much faster rates, however, they are expensive to install, costing between $500 to $1,000, according to Saxton. These chargers on average increase range by about 26 miles per hour of charging time. Level Two chargers are also generally located in areas where people might spend several hours, so they have time to “top off” their battery while they go about their daily activities, such as at a mall or a park. The majority of public chargers are Level Two chargers because they are much cheaper to install than Direct Current Fast Chargers (DCFCs), but charge much more rapidly than Level One chargers.

Level Three or Direct Current Fast Chargers can add about 40 miles of range in 10 minutes, meaning that most EV batteries can reach 80 percent capacity in 20 to 30 minutes, according to Saxton. Although these chargers can refuel a car at a much higher speed, they are more expensive, costing approximately $20,000 to install, according to Smith and Castellano. Many government grants designed to incentivize EV infrastructure build-out encourage installing DCFCs, especially especially along highways, where people may be traveling for long distances and will require a quicker charge.

Charging an EV does take longer than refueling using gas, making charging speed a potential concern for EV drivers. EVs can only refuel to 80 percent capacity in about 30 minutes if using a fast charger, depending on how depleted the battery is and the total range of the car. [2]

However, new fast chargers are becoming available that can charge a car to 80 percent capacity in 10 to 15 minutes, close to refueling speeds of a gas-powered car. [3] Additionally, installing chargers in locations where people might normally spend 30 minutes or more, such as restaurants or shopping malls, will allow drivers to recharge their EVs without wasting time.

Nicole worked as a Project Development Intern at OneEnergy Renewables, where she gained experience working to decarbonize the electricity grid developing large-scale and community solar projects. She also worked on decarbonizing transportation as an intern at Los Angles Cleantech Incubator...