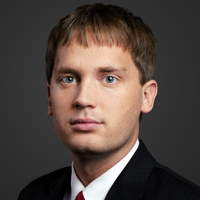 Scott is a Senior Director at FTI and will serve as the lead for the economic impact analysis. He has extensive experience in analyzing public policies and performing economic impact studies. His research for federal agencies, state and local governments, nonprofits, and trade associations has covered energy markets and the environment, infrastructure, economic development, labor markets, healthcare, demographics, long-range forecasting, fiscal policy, tax credits, and military expenditures.

Scott was the project lead and main analyst on economic impact assessments of carbon pricing for states throughout the country, including Massachusetts (twice), Washington, California, Vermont, Rhode Island, Arkansas, and Oregon. He has twice been the lead on policy analyses of carbon pricing and tax reform at the federal level – once on a regional basis for Citizens’ Climate Lobby (CCL) and once on a state-by-state basis for the Alliance for Market Solutions (AMS). The Oregon study and the AMS study won the 2017 and 2018 George I. Treyz Awards for Excellence in Economic Modeling.

As an expert witness, he has spoken before state legislatures and governors, the U.S. Congress, and other stakeholder groups on public policy issues, including on: The CCL study of a carbon fee-and-dividend to 200+ staffers on Capitol Hill in Washington, DC; the Arkansas legislature’s Joint Agriculture, Forest, and Economic Development Committee, the Speaker of the House, and representatives of the governor’s office on a $1.1 billion steel mill and associated tax incentives under consideration by the state; and the staff of the U.S. House Ways & Means and Senate Finance committees.

Prior to FTI, Scott was the head of client training, technical support, economic consulting, and the Washington, DC office for Regional Economic Models, Inc. (REMI), a company specializing in modeling software for asking questions about economic impact analysis. He holds a B.A. in history, B.S. in economics, and M.A. in economic history from Iowa State University in Ames, Iowa.